It was a crazy month February… so many ups and downs i was feeling sorta Coney Island. I wish it was over and we could yell and scream Hurrah and drink some Bubbly! but it is not quite there yet, but perhaps a small step closer to having that “be a possability”. So don’t check SCHOKOLADEN off the endangered  list quite yet, instead continue coming out and enjoying our evenings because WE will let you know when we are out of the woods, not the media. BUT I am happy that i could have at least another month to call it my Home :: M:Soundtrack has two shows this month starting with TODAY :: then NEXT WEEK :: and some other COMING UPS. I hope to see you very soon, Mx 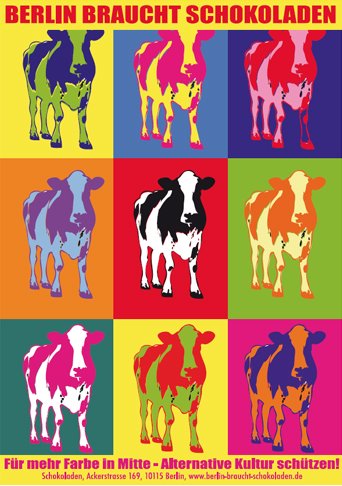 Norman Palm & Odd Man Out (Bln+Mex+Fin) // For the curious at heart :: Norman Palm presents a spontaneous and early version of his new new project “odd man out” with obi and janne.

hot off the shelf.

Ocher has been playing around with words, music, colors and textures from a rather tender age and officially with the craft of songwriting from the age of 11. Disillusioned by the mainstream industry, she has decided to do everything DIY.

Other than playing live Ocher also organizes a festival and shows every now and then and djs for her line The Queens and The Rebels of Unpopular Culture. (“various oddities from the 20th century, from cabaret, via beat to no wave and space disco”)

In 2009-2011 Ocher has published quite a few poems in various English language publications.

DOROTHEA MÜNSCH// is a music performer. Critcs have been saying ::: “highly addictive voice”, “stunning intimacy at her live performances”, “simply beautiful”… She plays guitar and occasional piano and mainly tours solo with a loop pedal. As a musician she has toured with Chritsy & Emily and plays with the Swedish Berlin based band TULA.This night she will be joined by her Berlin band drummer Steve Heather. She just recorded an album and we know there’s a video and a first single……excited! The German tour starts march 25th.”When I sit at the piano I write differently. Playing the guitar I have this ongoing struggle, like sailing through a stormy sea, it’s a bumpy ride. I have the loop pedal with me that tries to frame and settle. But singing is clarity and calmness that feels like it comes from a different place in me.”http://dorotheamuensch.tumblr.com/“Eine Stimme die dich bricht und dich sogleich wieder versöhnt”, “Wie Samt und Neuschnee”. “Dorothea Münsch zaubert Stille in jeden Raum und schafft eine Intimität vor der gewarnt werden muss”…*Wenn ich am Klavier sitze fügt sich alles zusammen. Mit der Gitarre in der Hand ist es, wie mich durch hohe Wellen zu schlagen, eine Fahrt auf holprigen Straßen. Ich benutze ein Loop Pedal, das versucht einzurahmen und zu beruhigen. Aber Singen ist Klarheit und Seelenruhe, das kommt von einem anderen Ort in mir.//////////////////////LIANNE HALL // Described by John Peel as “one of the great English voices”, DIY heroine Lianne Hall releases her first album in four years, Crossing Wires, on 31st May 2010. Available on solid vinyl and ethereal download, Crossing Wires is DIY in the truest sense; she played and recorded most of it herself, and it’s coming out on her own label, Malinki.

Lianne has taken time out from recording with Orbital’s Paul Hartnoll and running the Brighton venue West Hill Hall to write, record and release Crossing Wires. “The name partly comes from being overwhelmed by the number of wires I was using to record it” she says, while the track Telephone in a Foreign City speaks of the ethics of squatting: “crossing wires is not stealing/ find the nearest empty building.”

It’s a collection of ten skilfully executed folk-pop songs, with a number of exceptional vocal performances along the way. Intro track Scissors is a break-up tale that startles with cleverly cut up phrases set to piano and subtle, crunchy beats.

Telephone in a Foreign City, an unequivocal hit, bounds along to a summery pop beat. Fair Enough blends acoustica with electronica, the disarmingly measured howling of Cry Wolf further evidences the versatility of that voice, and the wistful with the Light swoops and swoons, loops and twists to the end of side one. Opening side two, echoes of Harriet Wheeler and Liz Phair collide in the faster-paced For. Richly intriguing and emotive, Learning Curves brings bass and keyboards into the mix.